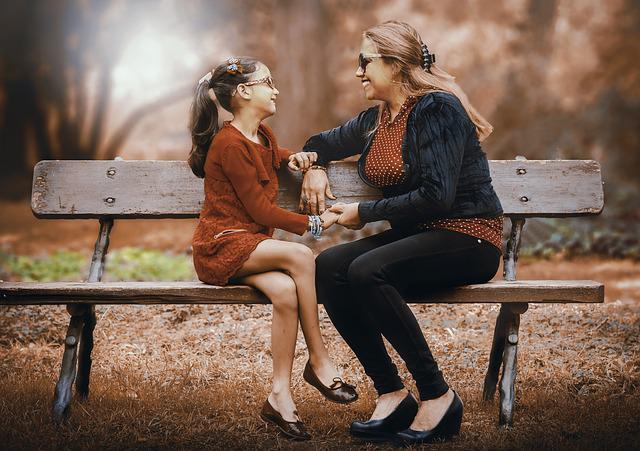 How to have a happy and lasting relationship? I’m sure you’ve heard advice like Don’t keep score, Communicate openly, and Be honest with each other. These general tips aren’t bad, but they are vague enough that they don’t really provide much guidance when it comes to being in an actual relationship. Read on these 10 things mature women don’t do in relationships.

Related: 10 Signs That You Should Leave Your Job

1) They don’t spend time looking at other men

OK, I understand that women may be attracted to a certain type. But mature women are able to overcome their type. If they want to be in a committed relationship with one person, then they will not spend time looking at other men and comparing them with their partner. It is OK to notice men who are attractive, but mature women don’t stare or even look for an extended period of time.

2) They don’t stalk their significant other on social media

If you truly care about someone, it would make sense that you want to know what they are doing and how they are feeling. However, obsessively checking their social media accounts is going overboard. One way to tell if you’re crossing into stalker territory is if your significant other has asked you to stop several times yet you keep doing it anyway. If you have a problem with it, then just make sure your time on social media is limited or blocked when he or she is around.

3) They don’t try to take control of every situation

Control freaks are not fun to be around. They want to micromanage everything in their lives, especially their relationship. They don’t trust anyone else to make decisions and won’t rely on their partner for help because they feel like that would put them at a disadvantage. If you are tired of being someone else’s security blanket, then it might be time to start letting others have some control over their own situations.

Just because they have a partner doesn’t mean they want to look like a Barbie or Ken doll. They love their body and don’t need to dress up in clothing that doesn’t fit them just so someone will notice them.

5) They aren’t possessive or jealous

This isn’t a race or competition. It doesn’t matter how you stack up against your partner or how in love you feel, there is no need to be possessive and jealous about it. Your relationship should make you feel secure and happy, not threatened or on edge. If you see your significant other talking to another person, don’t panic – they aren’t automatically attracted to them. They have had that conversation with everyone else in their life as well!

6) They don’t get upset over single friends

Why be upset that someone else has found love when you haven’t? Just because your friends are in relationships doesn’t mean they can no longer be single. No one should feel responsible for your feelings of loneliness or insecurity. The best thing you can do is learn to accept that relationships come and go, and move on with your life. Remember, there is always a new person out there waiting for you – don’t waste time being stuck on someone who isn’t right for you!

7) They keep an open mind about the people they date

A key to a long-lasting relationship is keeping an open mind about who you date. Stay away from dating clichés, because if you only approach potential partners with a preconceived notion of who they are and what they’re looking for, it could severely limit your options. There will always be someone out there who meets your needs better than anyone else. By being open-minded about who you date, you increase your chances of finding them sooner rather than later.

No one will make your relationship better except you and your partner. If a friend has a bad experience in a relationship and you follow their advice, chances are it won’t work for you either. Similarly, if someone close to you is single, but still giving dating advice—they might not be that great at picking out partners for themselves. Sometimes people just give bad advice because they feel awkward about telling others how to live their lives. It can take some time, but mature women get used to filtering out bad dating suggestions from friends and family members who simply don’t know what they’re talking about.

Of course, sex is not everything in a relationship, but mature women know that having a healthy sex life contributes to feeling emotionally secure and helps them connect with their partner on an emotional level. They don’t expect their man to be perfect: Nobody can be expected to be a perfect partner at all times. Mature women know that it is important to deal with things as they arise and don’t wait for things to become too big of an issue before taking action.

Related: 7 Ways to Radiate Positivity in Your Life

You can’t share what you don’t have. It doesn’t matter how much a man loves or adores you if you aren’t loving yourself in a healthy way. If a woman has love for herself, she won’t be desperate for his affection and will know that she deserves to be loved. If he truly loves her for who she is and wants to love her better, it shouldn’t bother him if she takes some time out from their relationship to work on herself.